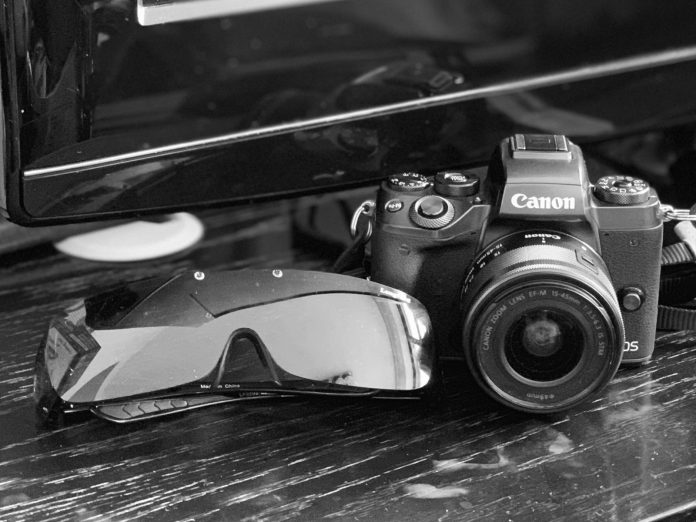 Photography for the Fully Blind

Just one month after picking up a camera to capture the beautiful landscapes of Hong Kong and mainland China, Sophi Ng* lost her eyesight completely because of a severe cold.

Now that 22 years have passed since then, she continues recording breathtaking sceneries around her with her camera, with the hope that she can look back into the past through her photos if she can restore her eyesight one day.

Ng thinks photography has sharpened her senses and has taught her to be open-minded.

“It is important to take photos by heart, to listen, to observe and to feel things around you. By doing so, you can capture more beautiful moments in life,” she says.

She explains blind photographers “borrow eyesight from others when taking pictures”, which means they are guided by people with normal eyesight to construct an image of the surroundings in their mind.

“I thought vision was a must for photography. The first time I took photos after I went blind, others told me about the things around me. With their guidance, I found different positions and camera angles to take the photos. This has given me confidence in photographing by hearing,” she says.

Ng adds that she now goes taking pictures with her guide dog.

“I am guided by the dog when taking photos. When I hear something, it will lead me to the direction of the source,” she says.

“We can take good pictures. My completely blind teammate once captured a stunning sunrise by feeling the temperature,” she adds.

A Poor Eyesight but a Clear Vision

Ng is not alone. Kwok Kin has just 10 per cent eyesight since birth. He suffers from inherited eye disease and can only see things within 80 centimetres’ length. With his remaining eyesight, he captures Hong Kong’s city landscape, natural scenery and trivial moments around him with his camera.

“I take photos just like those with normal vision, but I cannot see as clearly as they do,” Kwok says.

Working as a freelance photographer, his photos embed his artistic interpretations of the world.

“Just like when I take an out-of-focus photo of a pink flower, although we want to see the object clearly, it is good to be vague sometimes for rooms of reflection and imagination,” the photographer with a blurry vision says.

He says his sensitivity to light helps him compose photos.

“Eyesight and vision are different. Eyesight is your ability to see, while vision is the interaction between the eyes and brain. It is about interpretation and understanding of light, colour and space,” he explains.

“Eyesight and vision are different. Eyesight is your ability to see, while vision is the interaction between the eyes and brain. It is about interpretation and understanding of light, colour and space.”

“Therefore, having poor eyesight does not mean I cannot take good photos. I can still have sharp interpretations of colour and space in my mind, which does not depend on eyesight,” he adds.

“All sensations are equally important in experiencing the world. By gathering messages we the visually impaired receive from senses and using imagination, we can interpret the world and express our interpretation through photos,” Kwok says.

Cathy Chu, a visually impaired friend of Kwok’s, is also passionate about photography. She suffers from congenital cataract, a rare birth defect in which the lens in her eyes are cloudy, and has lost almost all eyesight since birth.

“I enjoy the feeling of taking photos, no matter if the image is focused or not,” the amateur photographer says.

Holding a piece of crystal glass in front of the camera lens is Chu’s favourite way of taking photos.

“Crystal glass creates the visual effect of a kaleidoscope, stimulating imaginations to see things from a different angle,” she says.

“I was inspired that everything around me can aid me in photo-taking. I once took advantage of a glass to take a symmetrical photo which looked like angel’s wings,” she says.

Ng, Kwok and Chu have joined Sightfeeling, a social enterprise which helps the visually impaired in photo-taking and the promotion of their photos, for more than three years. There are around five visually impaired photographers in the organisation.

Mok Ka-wai, 26, one of the founders of Sightfeeling, says her organisation aims to enable the public to appreciate the talent of the visually impaired.

For their first photo exhibition held in March, 2018, Sightfeeling organised a trip to Taichung, Taiwan to take photos.

“Visitors in the exhibition said they never imagined the photos were taken by the visually impaired. It is hard to see the difference when two photos, one taken by a person with normal vision and the other by a visually impaired person, are put together,” she says.

There were 47,600 visually impaired persons in Hong Kong in 2020, with 88.8 per cent being economically inactive, according to a special report released by the Census and Statistics Department regarding persons with disabilities and chronic diseases in December 2021.

Sightfeeling hopes to create more job opportunities for the visually impaired because their abilities are often underestimated by society.

“Society often labels minorities with inability. Those labels refrain them from being understood by others,” Mok says.

“Society often labels minorities with inability. Those labels refrain them from being understood by others.”

“The visually impaired have stronger mentalities than normal people. They have positive mindsets and will not look down on themselves because of their disability. They do not think they are inferior. Their mentality leads to their success,” she adds.

Mok thinks visually impaired photographers such as Kwok are very talented and they deserve more recognition from society.

“We hope the society can see the photos taken by the visually impaired, and also appreciate them,” she says.