Unfortunately, many developers are unable to access the data sets they want. Cyrus Wong Chun-yin is an advisor for  data-hk.com, a cloud service that serves as a database to store open data. He is also the developer of an online self-diagnostic medical tool called AWS Cloud Virtual Smart Doctor (Dr Cloud). Wong and his collaborators created Dr Cloud to make simple assessments of patients’ health through facial analysis, and information provided through linked medical instruments such as thermometers, glucose and cholesterol monitors and blood pressure monitors.

Analysis of the patient’s information is based on medical school training scripts and on information from medical data sets.  However, the biggest flaw of the system is that it is inapplicable in Hong Kong. Wong says that despite their best efforts, he and his team cannot obtain suitable data sets from the Hospital Authority.

“The system now works well to diagnose foreign patients but not Chinese ones, because the units of the height and weight [used in the foreign data] are totally different,” he says.

Wong and his associates were so frustrated by delays and their inability to get suitable data that they have given up on trying to get it for now.

Gene Soo, the general manager of Citymapper in Hong Kong has also encountered difficulties in getting data. Citymapper is a well-known urban navigation app that provides information on how to get around in 39 cities around the world. Soo says it has been difficult to run the app in Hong Kong due to incomplete data.

He takes bus fares as an example. On the government website, only fares from the terminals are shown, but not from different stops. Individual bus companies do post detailed prices but they are in PDF format. Unlike the Singapore and UK version of the app, the column for estimated fares is left blank in the Hong Kong version of the app.

Another difficulty is the lack of access to real-time data. Soo says that up till now, Hong Kong Tramways is the first and only public transport operator in Hong Kong to release official real-time data to them. Real-time data refers to data that is collected and released instantly. The application of real-time data in Citymapper would help users calculate how long they will need to complete their journey, as well as when the next bus, train or tram will arrive at a particular stop.

Soo says real-time data would have been very useful during the Tsim Sha Tsui station MTR fire incident on February 10. The station had to be closed, severely affecting services but because there was no open real-time data, the Citymapper app was unable to respond to the incident effectively.

He adds the release of real-time data would also help to prevent overcrowding when such incidents occur because people would be able to check transport apps for alternative routes and receive updates about the delays. At the moment, Soo says, Citymapper has to rely on updates from an unofficial MTR page to get data on MTR services.

Apart from apps developers, journalists, and especially data journalists, have also been thwarted by the difficulties of obtaining data in Hong Kong, particularly from the government. 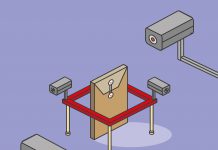 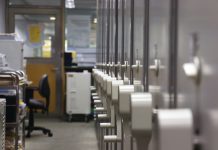 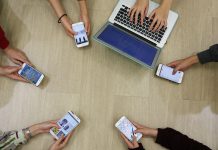