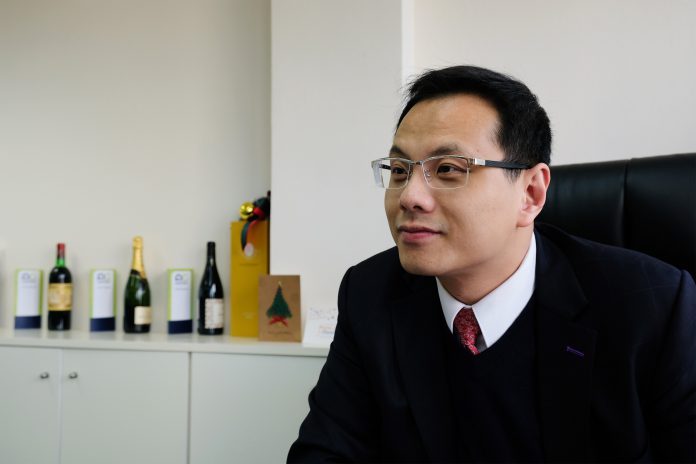 Today, Edward Yum Liang-hsien is standing in the Legislative Council By-election for the Hong Kong Island on what he describes as a “pragmatic” platform as an independent. Should he be elected, he vows to “find a way out for Hong Kong through developing the economy”. But back in 2010 Yum was something of a firebrand radical democrat. The former member of the League of Social Democrats and then People Power used to be known as the Victoria Park Bro（維園阿哥）due to his emphatic speeches in the RTHK programme City Forum. Yum was famous for shouting at pro-establishment figures.

Although there were reports that Yum once worked as a consultant for pro-establishment figures Pamela Pak and Paul Tse Wai-chun in 2012, and that he was withdrawing from politics to concentrate on making money in 2013, Yum has been out of the news in recent years.

He says he has never left politics. As a partner and head of fund services for an international financial services firm, he says he is always in both the business sector and in the political field.

“[I am] always concerned about current affairs and society, it’s just that I’m in different positions at different times,” Yum says.

For Yum, his professional financial knowledge should be a major pull for Hong Kong island voters. He thinks island residents should should focus on his platform which focuses on economic policies.

Looking back on the disputes between his former friends in the democratic camp and the pro-establishment side, Yum says he’s more interested in implementing detailed and feasible plans, rather than engaging in empty talk.

“I hope citizens can find more that resonates with them in this election, that we can walk together on a practical path that is good for Hong Kong, instead of staying at the level of [political] conflict and competition [among points on] the political spectrum or camps and parties,” he says.

Yum is not opposed to filibustering per se – a tactic that his old party-mates championed – but thinks it has been abused.  He questions whether it is an effective strategy in the current political climate and suggests it may cause resentments from the public without achieving what citizens want. .

“I think you should consider the actual conditions, when to filibuster, when to stop or even should we continue filibustering.”

Yum says he hasn’t given up  his principles on universal suffrage. However says he isn’t entirely against the “8.31” decision which states the central government would approve who could stand in any Chief Executive election by universal suffrage. Yum says there is room for discussion on the arrangements under the decision made by the Standing Committee of National People’s Congress (NPCSC).

“I think not many people [are willing to] encourage communications and discussions,” he says. “I think this is something that isn’t proposed by any candidates, political parties or lawmakers.”

As an independent candidate, he thinks he isn’t encumbered with any political considerations related to the 2014 Occupy Movement. But he does think the disqualification of Demosistō member Agnes Chow-ting – who was involved in the movement – is “unjustified”. He says every citizen has the right to be elected, and it is inappropriate for the government to bar someone from running for the election on the grounds of their political stance.

The other candidates in the Hong Kong Island Constituency in the 2018 Legislative Council By-election are Au Nok-hin, Ng Dick-hay and Judy Chan Ka-pui.