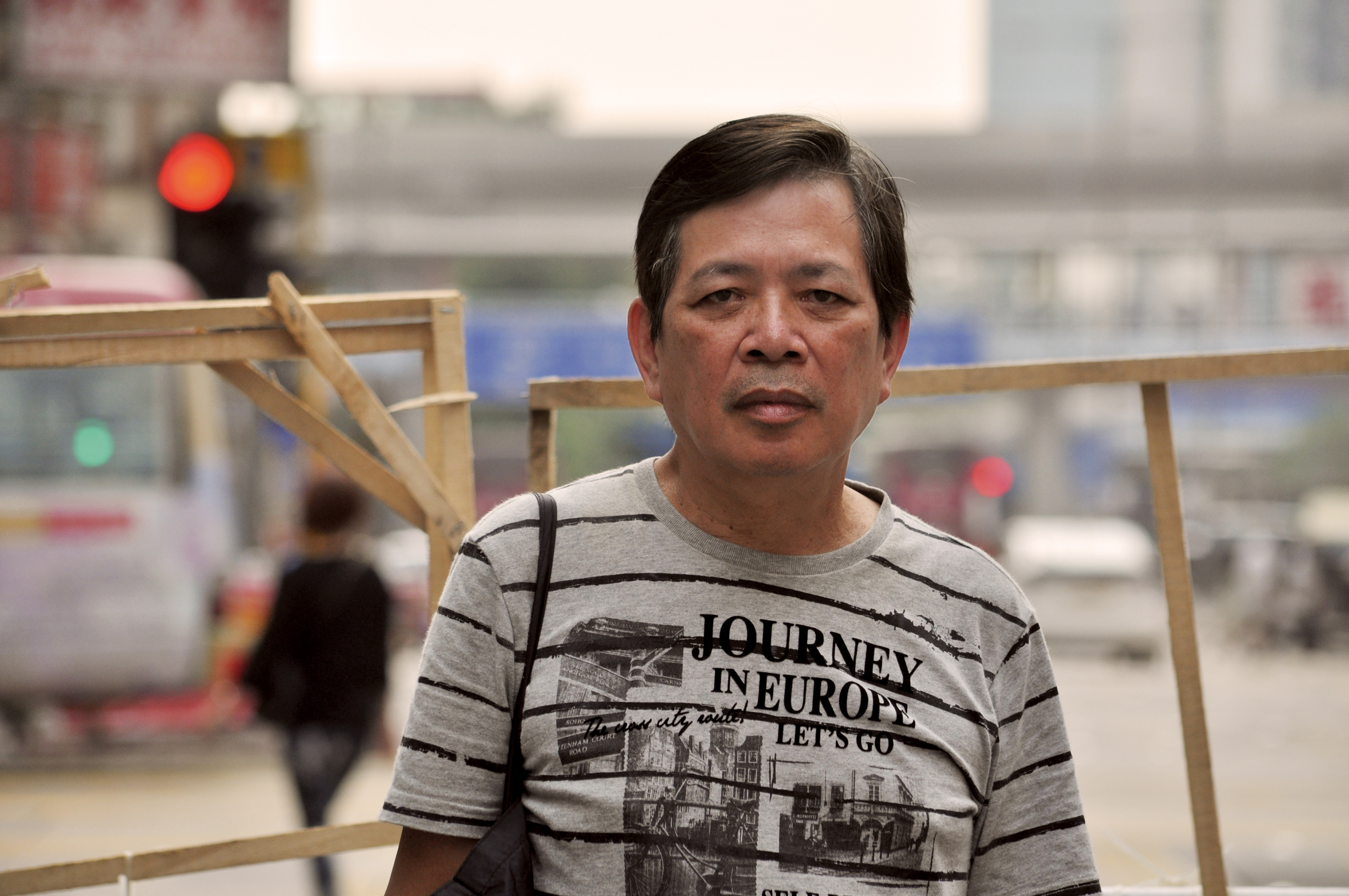 Pointing to a blue tent on the kerb, 23-year-old Leona Ho proudly proclaims, “This is my home!” The graphic designer comes to the occupied area in Admiralty almost every evening after work and does not  go home until the middle of the night. That means she gets as little as three hours of sleep every day, but she is determined to stay, “as long as there are people here.”

Ho was infuriated by the police’s use of pepper spray on student protesters after dozens broke into Civic Square at the end of a week-long class boycott on September 26. As a result, she joined tens of thousands of protesters in occupying key financial and retail districts in Hong Kong.

While many protesters, mostly youngsters and students, are urged by their worried parents to return home, Ho receives texts from her father with messages such as, “I’m proud of you.” “My dad told me if I were arrested, he has enough cash and could bail me out,” says Ho, “I have realised since high school that my parents are very different from others.” Never once has her father imposed his views on her; instead, he often encourages her to think critically and to draw her own conclusions.

This open-minded father is Herman Ho, who also supports the democratic movement. Even though the older Ho has not received any tertiary education, his immense interest in history and politics makes him an avid reader. He works as a night-shift security guard at a local school and uses the long hours to browse news websites and even pores over his daughter’s history reference books. Each day, he scours several newspapers at different ends of the political spectrum. The pro-democratic Apple Daily, the largely pro-establishment Oriental Daily and the pro-Beijing Wen Wei Po are all part of his daily read.

Ho thinks part of the reason people oppose the democratic movement is because they do not have enough knowledge about how the political system works. “Many people that are against the movement do not understand what civil nomination is, or the split voting system or functional constituencies,” says Ho.  “They don’t understand and they don’t want to understand because they are scared of things that they cannot comprehend.”

But Ho believes that as a supporter of democracy and as a citizen, he has a responsibility to understand the unfairness of the political system. “When you absorb a lot of information, you’ll see how distorted the political system is,” says Ho. “But many Hong Kong people seem to think it’s too perplexing and would rather not care.”