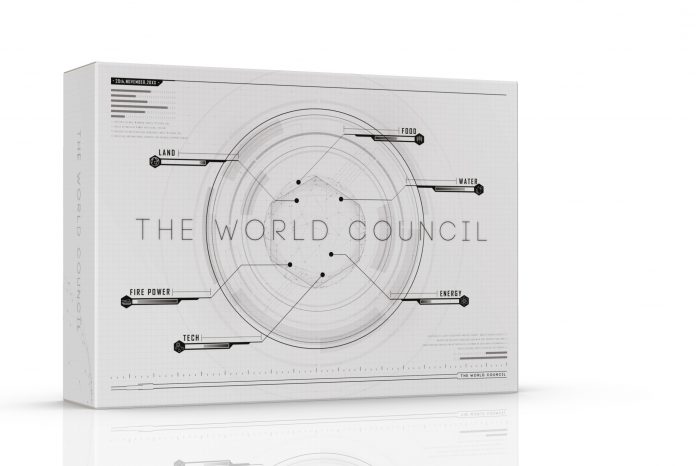 Board games put the fate of the world in your hands

Have you ever imagined what it would be like to be a president who decides the fate of a whole population? The World Council would be the perfect board game to realise this wild dream. Simulating a secret committee that gathers leaders from different countries, The World Council invites players to get a taste of being our world’s policymakers – at a cost.

Lokson Leung Lok-man, Steve Mok and Jewel Sing, the 21-year-old co-founders of Creator Studio, invented the board game in 2016. Leung had the idea of creating a board game about global issues when he learnt about the 2009 Copenhagen Climate Change Conference during a liberal studies lesson in secondary school. “People in island countries have become climate refugees because of the rising sea levels, but all the powerful countries were just arguing over their own carbon emissions instead of helping them,” says Leung. He wants to get players to empathise with these countries and understand their needs through the board game.

The strategic game accommodates three to eight players representing different types of countries. The aim is to achieve their country’s objectives before “Doomsday” comes. At the start of each game, every player draws a country card which determines their power, objectives and resources. During the game, players can use action cards to issue economic sanctions, launch propaganda wars or other tactics. With building cards, they can construct buildings at the expense of the resources their countries are endowed with. As the players get closer to their objectives, a doomsday index increases. When it reaches its 15-point limit, the game ends.

Before the official launch of the game, Leung, Mok and Sing invited some friends to try it out. The feedback was positive. “They reflected on themselves a lot,” Leung says. “It is easy to lose the game, because you forget about the doomsday index when you strive for your own goals.” He says the key to winning is to focus on the common interests shared among players. This mirrors the need to emphasise shared interests when addressing global issues in reality.

Last November, the trio began seeking funding from Kickstarter, the world’s largest crowdfunding platform. Within a month they had collected HK$560,000, five times their original target, from over 1,300 backers. Leung was surprised by such an overwhelming response. “A lot of Hong Kong people do not support local creative talent,” says Leung. “They don’t recognise our creativity until something makes its way out of Hong Kong.”

Leung and his partners regard the crowdfunding campaign as a market survey and assessment of their public relations techniques. “Starting a company requires a lot of devotion at the beginning but the returns are very unstable. You need to bear a lot of risks and have nothing to lose,” says Leung.

Their next step is to collaborate with local schools and non-governmental organisations to use the board game as a teaching material for liberal studies.

Don’t miss out on the fun. The World Council is available for purchase at the Facebook page https://www.facebook.com/csTheWorldCouncil/.